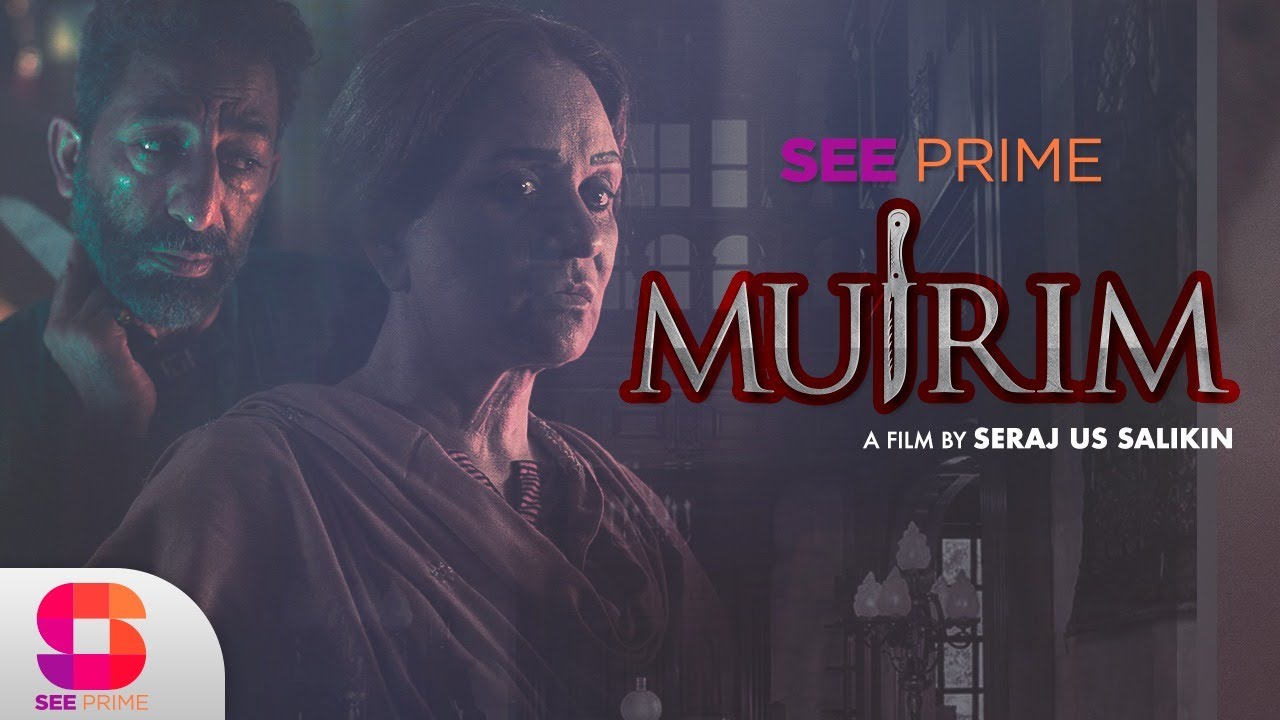 The new short film written by Hammad Siddiq follows the story of a dacoit who has held an elderly women hostage in her house. As the burglar begins to rob her of all her valuable items, the woman in return makes him an offer with a potentially deadly outcome.

Mujrim features big names from the Pakistani media industry and their star-studded cast consists of Bushra Ansari and Adnan Shah Tipu as the leading characters of this thriller.

Ms. Seemeen Naveed, the executive producer stated “The idea behind this short film is to bring into life the concept that we never know what cards the person in front of us hold. In a time and era where egos run high and underestimation of one another runs rampant, this film aims to reinvigorate the age-old saying ‘never judge a book by its cover’ through a thrilling and drastic tale. As with all of SeePrime’s shorts, we hope to provide content that sparks introspection and a positive change in our society.”

“Mujrim” is set to release at 06:00 PM on Friday, July 8, 2022 – and will be available for viewing on SeePrime’s official YouTube channel.