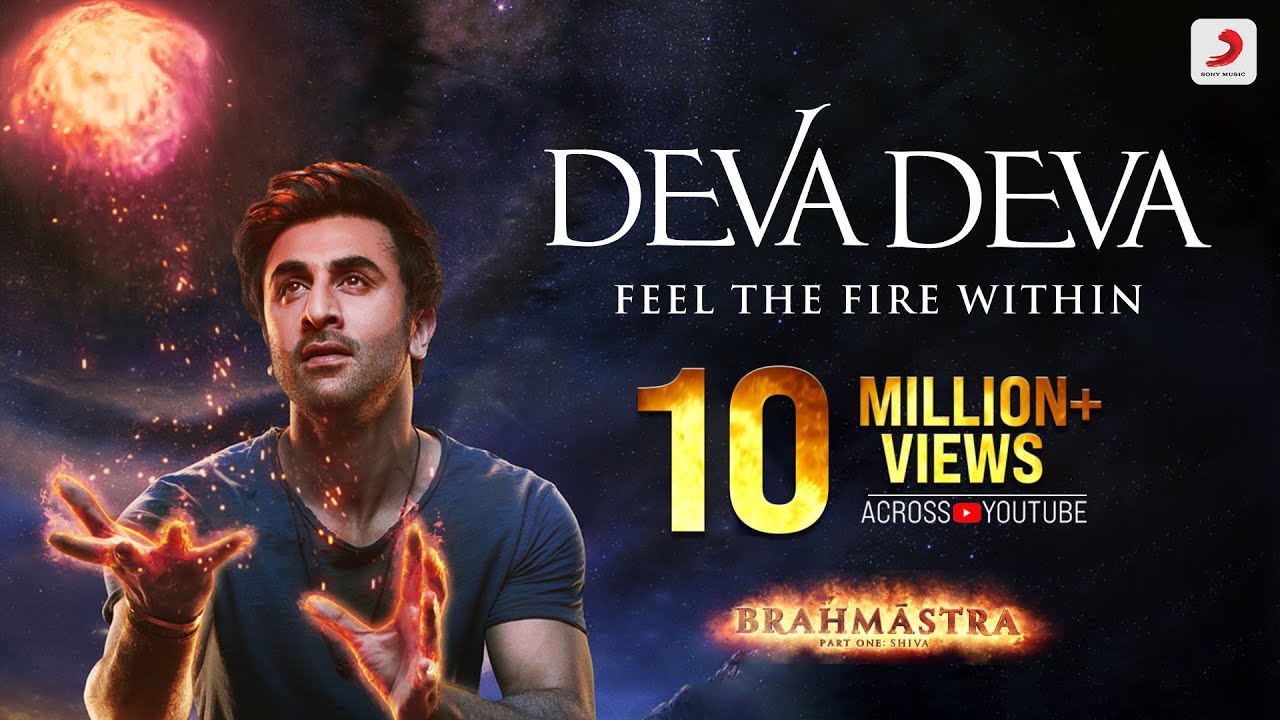 EMBRACE LOVE, LIGHT AND FIRE LIKE NEVER BEFORE WITH THE HIGHLY ANTICIPATED TRACK ‘DEVA DEVA’ – THE SOUL OF ‘BRAHMĀSTRA: PART ONE – SHIVA’ – SUNG BY ARIJIT SINGH AND JONITA GANDHI, WRITTEN BY AMITABH BHATTACHARYA AND MUSIC BY PRITAM

August 8, 2022: After enthralling music lovers globally with Kesariya that topped all musical charts for three weeks in a row, Sony Music drops yet another beautiful track ‘Deva Deva’ which is the second track from the album ‘Brahmāstra: Part One – Shiva’.

‘Deva Deva’ pulsates with spirituality and a distinctly upbeat rhythm. Sung by Arijit Singh and Jonita Gandhi in Hindi, composed by Pritam Chakraborty, and penned by Amitabh Bhattacharya, the song encapsulates the magical moment in the film where Shiva, played by Ranbir Kapoor, finds the power within. The powerful lyrics of the song have a unique blend of love and devotion as Shiva, the protagonist discovers his majestic abilities of fire. The song is pivotal to Shiva’s character development in the film and does absolute justice to the concept of ‘Love, Light and Fire’.

Talking about his experience of the song, actor Ranbir Kapoor shared, “I thoroughly enjoyed the song, and could relate to it on so many levels personally. Pritam Da, Arijit, Amitabh, and Ayan have put in a lot of effort to create this masterpiece. The song makes one feel spiritually powerful with a rare ease, and I hope everyone feels and enjoys it as much as I did.”

Sharing his experience about the audio-visual brilliance of the song, director Ayan Mukerji shared, “I don’t think there could have been a better time to release the song than on Shravan Somvar. The auspicious occasion just syncs with the captivating melody of the song and the spiritual visuals of Ranbir’s character – Shiva, exploring his fire power. I’m so grateful for all the love we have received on Kesariya. And I just can’t wait to see how people will react to Deva Deva!”

Sharing his experience on composing the track, Pritam said, “Brahmāstra’s album has made me think aloud in terms of bringing in spiritual elements within a song. With ‘Deva Deva’, we have modernized the music, while keeping classical and devotional elements prominently. This spiritual song gives an otherworldly experience, and it was honestly enlightening to create it. I hope it’s a treat for everyone.”

Sharing his experience, singer Arijit Singh says, “It has been an absolute pleasure to voice ‘Deva Deva’. The song emanates an impeccable, positive energy that will certainly resonate with everyone. I’m really excited about it.  I hope the audience enjoys it to the fullest.”

Song details for all the versions: