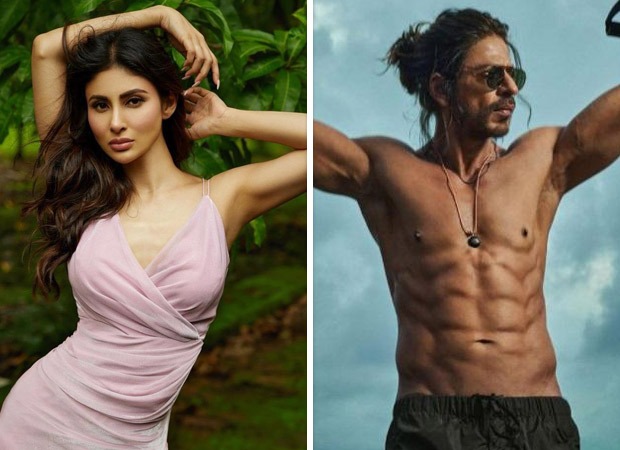 Mouni Roy will play the antagonist in the Ranbir Kapoor and Alia Bhatt starrer Brahmastra. The film has been in news for multiple reasons, one of which is the fact that it was in the making for seven years. Now after years of announcing, the film is all set to hit the big screen next month. Mouni Roy spoke about working with celebrities wherein she also confirmed that Shah Rukh Khan will be doing a special appearance.

In an interview, Mouni Roy spoke about working with the biggies of the industry. Readers would be aware that Brahmastra features an ensemble cast of Amitabh Bachchan, and Nagarjuna among others whereas Shah Rukh Khan is expected to feature in a cameo. Speaking about the same, Mouni said, “My character is obviously derived from one of his fantasy fiction i.e. Ayan’s brainchild. But also you know when you are working with people like Ranbir, Alia, Bachchan Sir, Nagarjuna Sir. Shah Rukh Sir also plays a guest appearance.”

Speaking of Brahmastra, the film is a fantasy adventure drama based on Indian mythological concepts. Created and directed by Ayan Mukerji, it is produced by Dharma Productions. It is also being said that the film will feature an extensive cameo by Deepika Padukone. It is the first film to feature real-life couple Ranbir Kapoor and Alia Bhatt together. The film will release on September 9 in Hindi, Telugu, and Tamil.