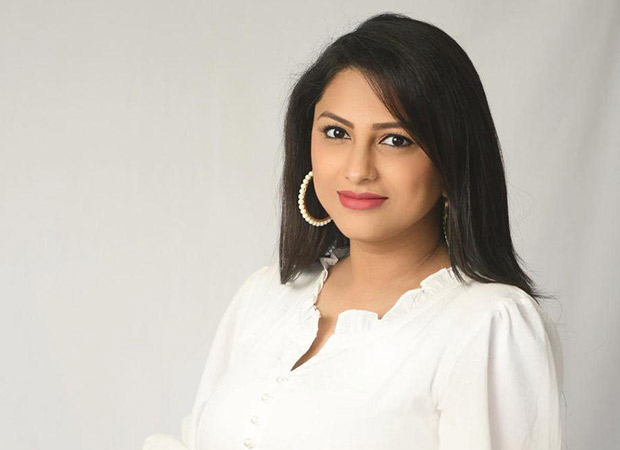 Saath Nibhaana Saathiya stars got noticed due to the popularity of the show. Amongst them was Rucha Hasabnis, who played a grey character in the show. The TV series that was the claim to fame to actors like Giaa Manek and Mohammad Nazim, featured Rucha as the one of the Modi family’s daughters-in-law. However, she quit the show after a couple of leaps but the actress once again came into the limelight when the rap song Rasode Mein Kaun Tha turned viral on social media. Recently, she took to social media to announce the birth of her second child.

Rucha Hasabnis, who tied the knot with businessman Rahul Jagdale in 2015, gave birth to her first child, her daughter Ruhi in 2019, the actress now announced the arrival of her second child on her official Instagram page. Revealing that it’s a boy, the actress posted this photo of only giving a glimpse of the baby along with a board that red, ‘You are Magic’ hiding the face of the little one. She captioned it saying, “Ruhi’s sidekick is here And it’s a Baby BOY!!!”

Coming to Rucha Hasbanis, the actress quit television in 2014 after playing one of the main leads in the prime Star Plus’ show Saath Nibhaana Saathiya. In 2021, in an interview, she expressed her desire to return to acting but is expected to be currently waiting for an interesting project.