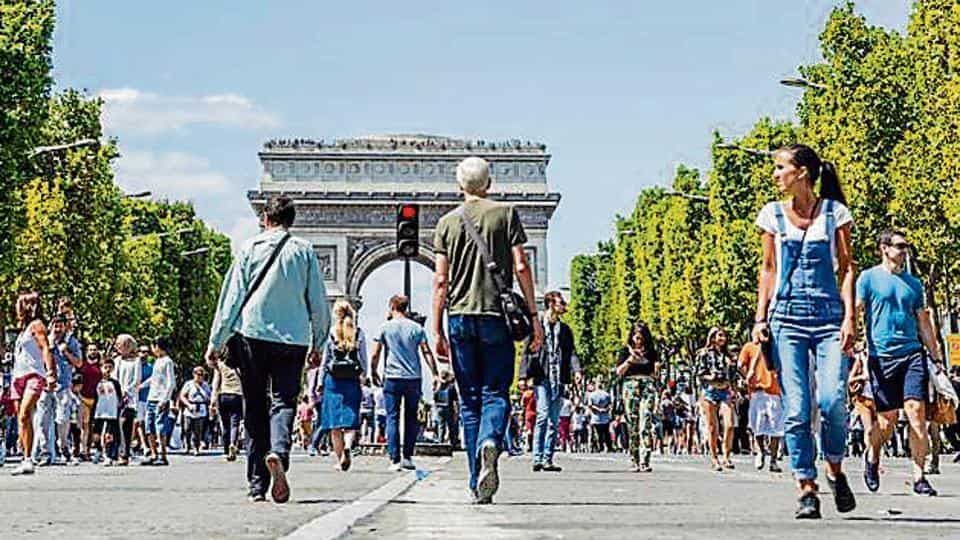 Use your imagination to get out of your head. Recreate a stroll down the Champs-Élysées, or a memorable heritage tour.

By now, even the introverts have had enough. Weeks of staying in, shuttling between the living and bedroom, the family constantly in your face, and no change of scene can take its toll on anyone. Some might experience shortness of breath, waves of unprovoked irritability, trouble sleeping and a sense of rising panic that never comes to a full boil.

Positive action coach, Chetna Chakravarty, who has counselled patients with anxiety, mild depression and loss of control, says there are circuit breakers you can use to ease the symptoms before they escalate.

School your breathing: Regulated breaths force the mind to dial down the panic. “Sit by a window, in a balcony. At a pinch, a corridor will do, and close your eyes,” Chakravarty says. Breathe in, hold for four seconds, breathe out, hold for four seconds. Do sets of 10.” If you want to incorporate music, pick something peppy. “We tend to select music that matches our mood, which is a bad idea when you’re low” she adds.

Rope in your imagination: Many anxiety patients find an escape through the mind’s eye. Recreate a walk from your memory – perhaps your first stroll down the Champs-Élysées, your last walk on Marine Drive or a memorable heritage tour.

“The details matter,” Chakravarty says. So recall as much as you can – how bright it was, how cold, the trees, the pavement, the sounds, the mood, the signage, the corners. You’ll find you can recall more than you thought, pivoting your mind from focusing on the claustrophobia. Alternatively, you could try to recall items on a list – Shakespeare’s plays, former Soviet nations, the Kardashian clan, to distract the mind.

Visualise a better world: “I usually get people to think of themselves as a tree,” Chakravarty says. “They pick the species, see themselves as roots and branches, swaying or standing steady, spreading out or spreading tall. It reminds them that while they’re bound to a place, there is room for freedom.”

Change what you see: Can you move some furniture around? Perhaps stack dining chairs in the corner for the evening. Rearrange the living room. It’s a common tactic among those stuck indoors for weeks in winter. “It allows some visual novelty, giving you a sense of control over your situation,” she says.

Isolate further: For some, it’s not so much a sense of being caged, as being caged with the same faces, dynamics and expectations. “Even a loving family, if constantly underfoot, can be problematic,” Chakravarty says. Her hack: Find a room, a window or corner where you won’t be disturbed for at least 30 minutes. Use the time to do something you don’t have to share, so you’re liberated from being constantly accommodating.

Articulate: Putting a thought into words, makes them real in the mind. Chakravarty gets her clients to make an ‘I wish I could’ list. It funnels the build-up of emotion into actual wishes. “And on every client’s list, I’ve seen at least one thing that can be adapted and done right away, even if it’s as simple as enjoying an ice-cream or being able to laugh with a friend on the phone. They just hadn’t seen it that way yet.”

Protected: Mental health during Covid era and how virtual reality is helping