Amitabh Bachchan is an avid social media user and today he penned a nostalgic moment sharing pictures of flowers. Fans of the actor soon connected it to his iconic song ‘Dekha Ek Khwab’ from Big B and Rekha’s film ‘Silsila’. 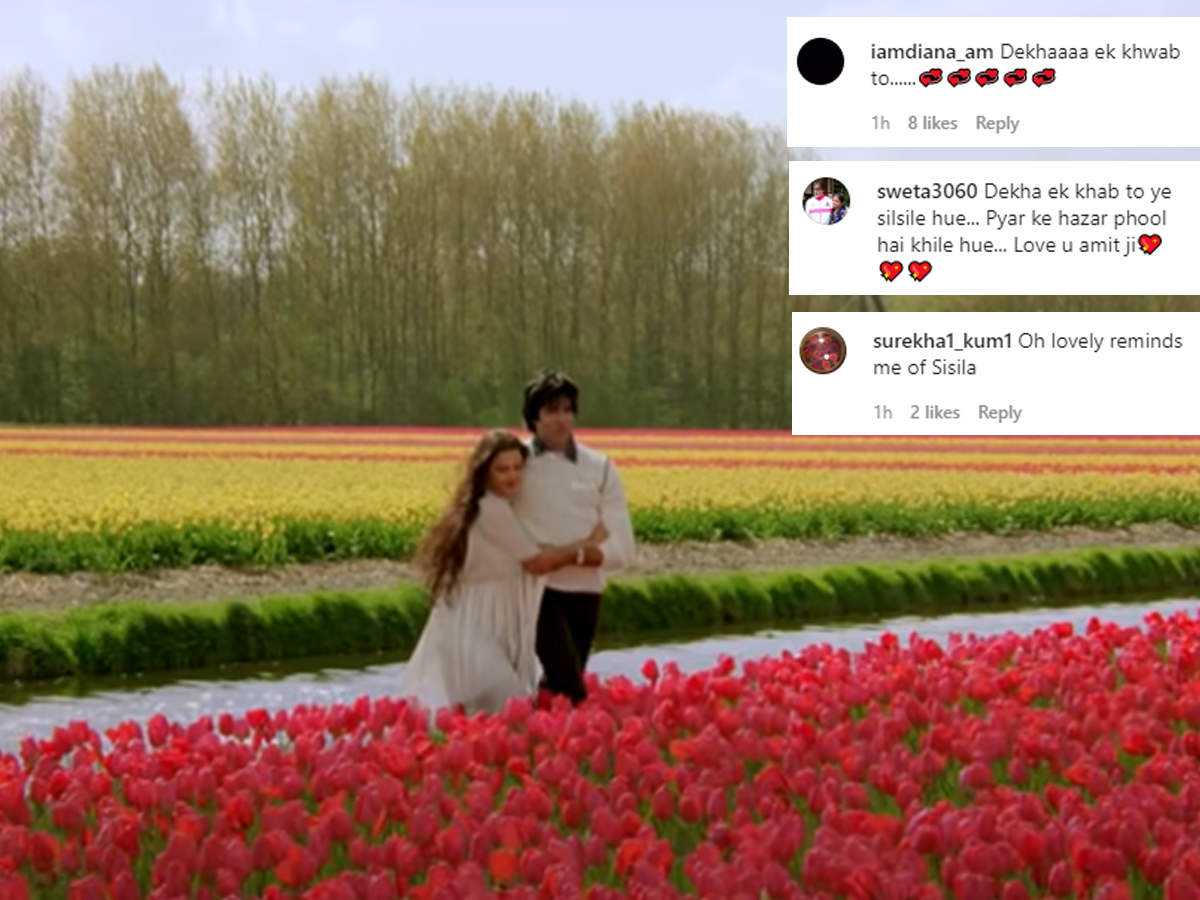 Big B had penned an interesting anecdote about Abhishek and Shweta along with the clicks, “We are all living in ‘hortus conclusus’ .. wandering about within ourselves .. in our ‘enclosed garden’ .. BUT .. Keukenhof , the most beautiful open garden is different .. such fond memories of Jaya Abhishek and Shweta in these heavenly spaces .. and little Abhishek falling into one bunch , into one क्यारी and almost getting lost ..😀 .. those were the days !!”
On the work front, Amitabh Bachchan has a long list of films scheduled to hit the screens. He will be seen in ‘Gulabo Sitabo’ which also stars Ayushmann Khurrana as well as ‘Chehre’ with Emraan Hashmi and also has ‘Brahmastra’ with Ranbir Kapoor and Alia Bhatt.