Bollywood actor Kangana Ranaut and her elder sister Rangoli Ranaut have filed an application in the Bombay High Court, seeking directions to authorities to renew her passport so that Kangana can leave abroad to shoot a film. 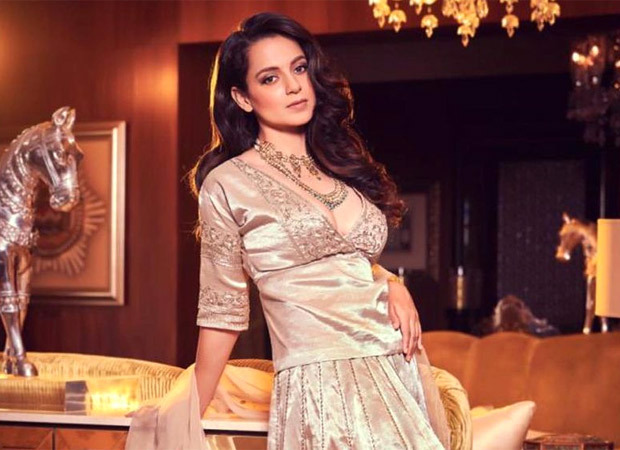 But, the Indian airport authorities raised objections due to the FIR lodged against Kangana Ranaut due to alleged hateful tweets and sedition. The plea states that Kangana Ranaut’s passport will expire by September 15, and therefore she had applied for its renewal to the Passport Authority of India.  However, as per plea, the authority raised objections, stating that the Bandra FIR filed against her impedes the renewal.

The interim application was filed by advocate Rizwan Siddiquee, Kangana’s advocate, that the actor needs to fly to Hungary to shoot her movie Dhaakad from June 15 to August 30. According to Indian Express, the plea stated, “There are huge monetary investments made by production houses in booking such shooting locations, wherein the applicant is required to participate as an actress,”

Last year, casting director Munawar Ali Sayyed filed a complaint alleging Kangana Ranaut and Rangoli Chandel tried to create a communal divide. The FIR was registered for offences punishable under Sections 153 A, 295 A, 124 A r/w 34 of IPC. According to Live Law India, the casting director referred “to instances wherein Kangana and Rangoli’s tweets were allegedly communal. Her tweets on the lynching of Hindu Sadhus at Palghar, calling the BMC “Babur Sena” after her office was demolished, claiming that she is the first person to make a movie on Chhatrapati Shivaji Maharaj and Rani Laxmi bai of Jhansi in an “Islam dominated industry”, blaming Jamaatis for spreading Coronavirus etc are cited by the complainant alleging that Kangana tried to create hatred and communal tensions between Hindus and Muslims deliberately.” Since then the sisters have moved Bombay High Court to quash the FIRs which was opposed by Sayyed.

On the professional front, Kangana Ranaut is geared up for her upcoming film Thalaivi, directed by A. L. Vijay.

Kartik Aaryan is a total Bollywood freak - who has grown up seeing the cinema of Shah Rukh Khan, Salman Khan, and...
Read more
Entertainment