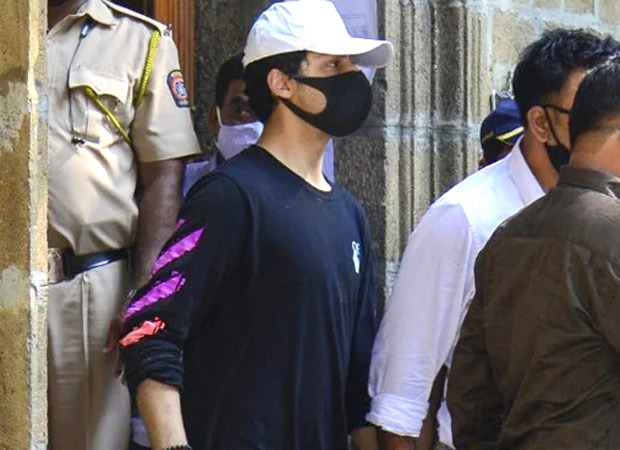 It has been nearly a month now since Shah Rukh Khan’s son Aryan Khan and other accused were brought into custody by the Narcotics Control Bureau post a raid on a cruise ship where they procured small quantity drugs. While Aryan Khan was not found in possession of drugs, he has been constantly denied bail on the grounds of alleged incriminating evidence found on his Whatsapp chats. Today, his bail plea was heard at the Bombay High Court, and representing Khan was former Attorney General of India Mukul Rohatgi. Advocate Satish Maneshinde had appeared for Aryan Khan before the Magistrate court. He was joined by Senior Counsel Amit Desai as the latter was the lead counsel before the Sessions Court.

The matter was taken up for hearing at around 4.30 pm on Tuesday. After narrating the events of October 2, Rohatgi said, “There was no occasion to arrest my client, short and simple.” Rohatgi highlights there was no recovery, no consumption, or no medical test done as far as Aryan Khan is concerned.

Rohatgi refers to last year’s Supreme Court judgment in Tofan Singh case which held that NDPS officers are police officers and confessions given to them are inadmissible in evidence. He also argues that Khan cannot be in conscious possession of contraband just because he was accompanying Arbaaz Merchant who reportedly had hidden a small quantity of contraband in his shoe.

Referring to the Whatsapp chats that have been presented as evidence in court, Rohatgi argued, “None of those chats have anything to do with the onset of this saga or…conspiracy if you want to call it that. The chats will have to be tested at the time of trial. But to use a general phrase of conspiracy, there is nothing.”

Rohatgi also read the arrest remand and pointed out there is no mention of seizure of the mobile phone. It has not been mentioned in the panchnama also. He said that he is arguing a case that is actually not against his client.

Senior Advocate Amit Desai argues that the Whatsapp Chats between Aryan Khan and co-accused Aachit Kumar was about online poker. “There was nothing beyond communication about Poker,” he submitted.

Rohatgi cites past judgments and says, “I have a better case than all these cases I am citing because there is no recovery from me.” Aryan also filed a rejoinder saying that, “I am not making any allegations against the officers or panchas and I have no connection with them.

Rohatgi concluded his hour-long argument with, “I respectfully submit that this case is for bail”.

Advocate Amit Desai argues for Arbaaz Merchant saying that the NCB is charging anyone and everyone under the “umbrella charge of conspiracy”. He said that Arbaaz’s arrest memo is similar to that of Aryan Khan. Desai says that before being charged with conspiracy there has to be evidence of an agreement.

The judge concluded the hearing for the day and said it will be continued tomorrow at 2.30 pm.