Ranbir Kapoor has been quite busy with his work schedule but ensuring that his father Rishi Kapoor’s last film Sharmaji Namkeen receives all the buzz and more. The actor has been attending promotions and special screenings. In one of his first interviews in years, Ranbir Kapoor spoke about how the makers of the film planned to work on VFX after his father’s death but it was too expensive technology. He also said that the sentiment that the son to complete the project was beautiful but they needed someone of Paresh Rawal’s caliber in order to take forward Rishi Kapoor’s character’s story in the film. 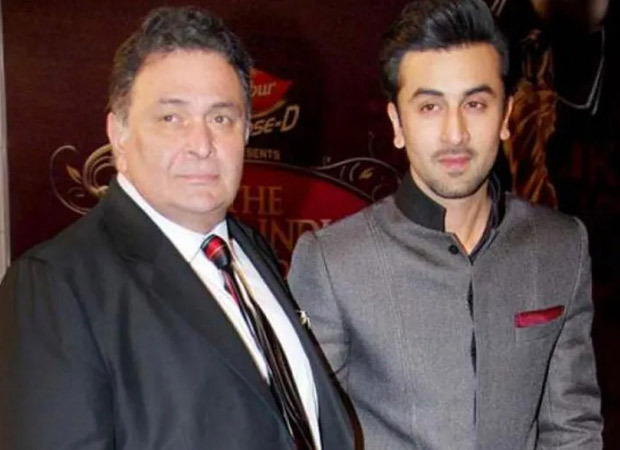 Ranbir Kapoor reveals dad Rishi Kapoor was anxious during cancer treatment about working again: ‘I’ve label of a patient, will people give me work?’

In a conversation with Film Companion, Ranbir revealed, “That technology, first of all, is an extremely expensive technology,” he said.

“I would have just completed it and it would have been the sentiment of a son completing his father’s work but what Paresh ji brought in, I think we all got really lucky and very grateful that an actor of that caliber agreed to play one character,” he added.

Speaking about Rishi Kapoor’s cancer diagnosis, for which he was being treated in New York, the actor revealed that his father was worried that whether he would get work once he returned to India. Ranbir recalled, “He said, ‘today I have a label of somebody who is suffering from cancer, will any producer or the corporate system that has entered the film industry, will they want to cast me? Will, I get work?’”

He said that his father didn’t care “if he was going to survive or not, what he was talking about was that will I get work as an actor?”

Ranbir Kapoor revealed that Rishi Kapoor was cancer free and the drive to return to a film set helped him. “Just getting that hope from Ritesh (Sidhwani, the producer) really made him very excited and he wanted to get better and he wanted to come back and as soon as he got back, the only thing he wanted to do was eat a good Chinese meal, have four whiskeys, and get back to Sharmaji Namkeen, that was his purpose,” he said.

Directed by Hitesh Bhatia and produced by Excel Entertainment in association with Honey Trehan and Abhishek Chaubey of MacGuffin Pictures, Sharmaji Namkeen will premiere on Amazon Prime Video on March 31.