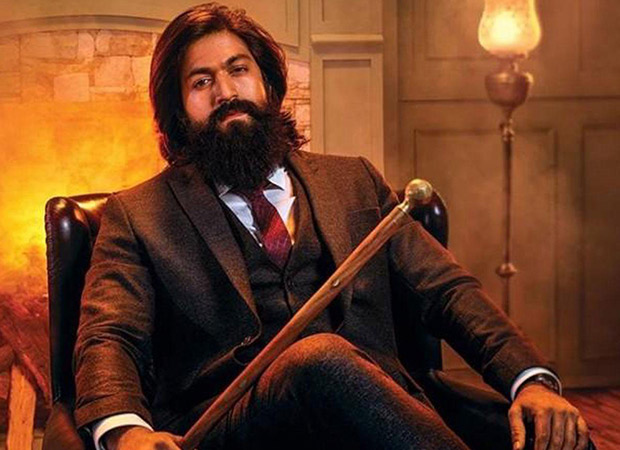 One of the most anticipated film releases of all time, K.G.F- Chapter 2 marks the return of superstar Yash aka KGF’s Rocky to the big screen alongside a stalwart ensemble star cast including Sanjay Dutt, Raveena Tandon, and Srinidhi Shetty. The film will release on April 14 on the big screen worldwide and the censor board has now cleared the film with a UA certificate.

On April 4, the Central Board of Film Certification granted the film a U/A certificate owing to the violence in the film. The total run time of the film is 168 minutes, which is 2 hours and 48 minutes. The advance booking of K.G.F- Chapter 2 will open on Thursday, April 7 a week before its theatrical release.

Releasing nationwide on April 14, 2022, in Kannada, Telugu, Hindi, Tamil, and Malayalam, K.G.F. – Chapter 2 written and directed by Prashanth Neel, one of the most sought-after directors, and produced by Vijay Kiragandur, under the Hombale Films banner. One of the emerging pan-India production houses, Hombale Films is set to showcase some of the biggest films in Indian cinema over the next two years, including the much-awaited film Salaar starring Prabhas.

The film, is being presented in the North-Indian markets by Ritesh Sidhwani and Farhan Akhtar’s Excel Entertainment and AA Films. Excel has given super hits like Dil Chahta Hai, Zindagi Na Milegi Dobara, Dil Dhadakne Do, and Gully Boy to name a few.

K.G.F. – Chapter 2 will also release across all IMAX screens in India and select IMAX markets around the world.