While the town is abuzz with the upcoming wedding of Ranbir Kapoor and Alia Bhatt, actress Deepika Padukone was spotted at the airport leaving for Hyderabad. The actress is all set to commence the second schedule for Nag Ashwin’s film Project K which also stars Prabhas and Amitabh Bachchan. 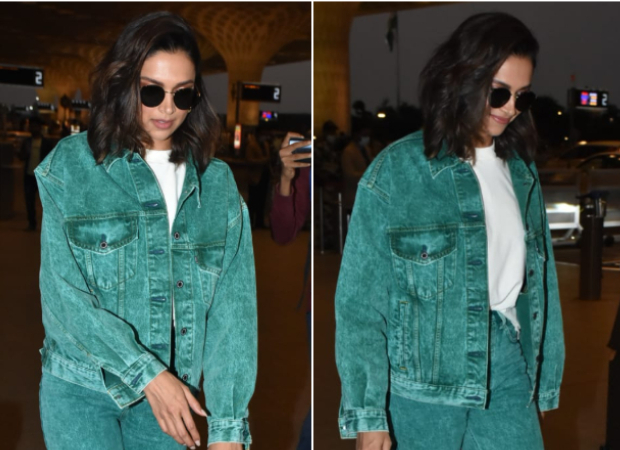 On Monday evening, Deepika was spotted at the Mumbai airport in a green jacket and matching pants with a white t-siort. She left her hair open and was seen sporting black shades as she made her way through the airport. The actress smiled and greeted the paparazzi before she headed into the airport.

The sci-fi film based on the concept of time traveling is reportedly being made on a budget of Rs. 500 crore. This is the first time that Prabhas will be sharing screen with Deepika Padukone and Amitabh Bachchan. The project has been made possible by Vyjayanthi Movies, producer C. Aswini Dutt, co-producers Swapna and Priyanka Dutt and director Ashwin Nag.