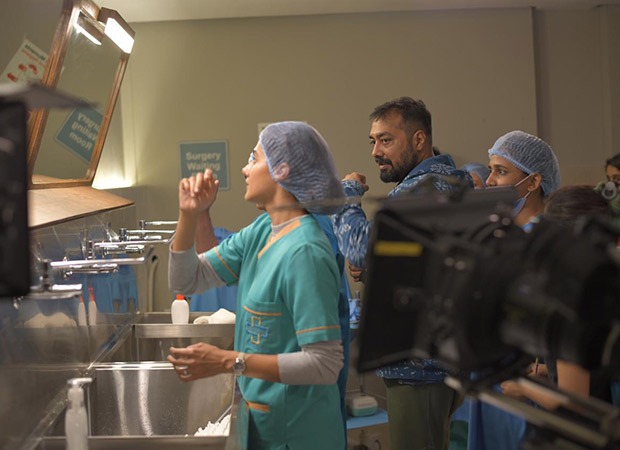 Ektaa R Kapoor and Anurag Kashyap’s highly anticipated new-age thriller Dobaaraa, starring Taapsee Pannu as the leading lady, has been completed and all set for release. While it was supposed to hit the big screens worldwide on August 19, 2022, we hear that the film will now have a premiere in London, United Kingdom during the LIFF 2022.

A source close to the film confirmed the news and added, “The film will release in August but to add more excitement to this, this edgy thriller will premiere at London Film Festival.” In fact, the source also revealed that director Anurag Kashyap and actress Taapsee Pannu will be attending the festival and will be presenting the film at the opening night gala of #LIFF2022 on June 23 at 6 PM.

Speaking about the film, the source said, “Dobaaraa is one of the most highly anticipated films of 2022 and it has left the audience biting their nails since the teaser was released last year. The upcoming film is a cutthroat cliffhanger, extremely edgy at its core, and has a vibe that can leave you breathless.”

Starring Taapsee Pannu, Dobaaraa is directed by the acclaimed director Anurag Kashyap and produced by Shobha Kapoor & Ektaa R Kapoor (Cult Movies, a new wing under Balaji Telefilms) and Sunir Kheterpal & Gaurav Bose (Athena). It is a new age thriller that reunites Taapsee and Anurag for the third time. With this film, the hit jodi of Taapsee & Pavail Gulati will be seen again after the stupendous success of Thappad.