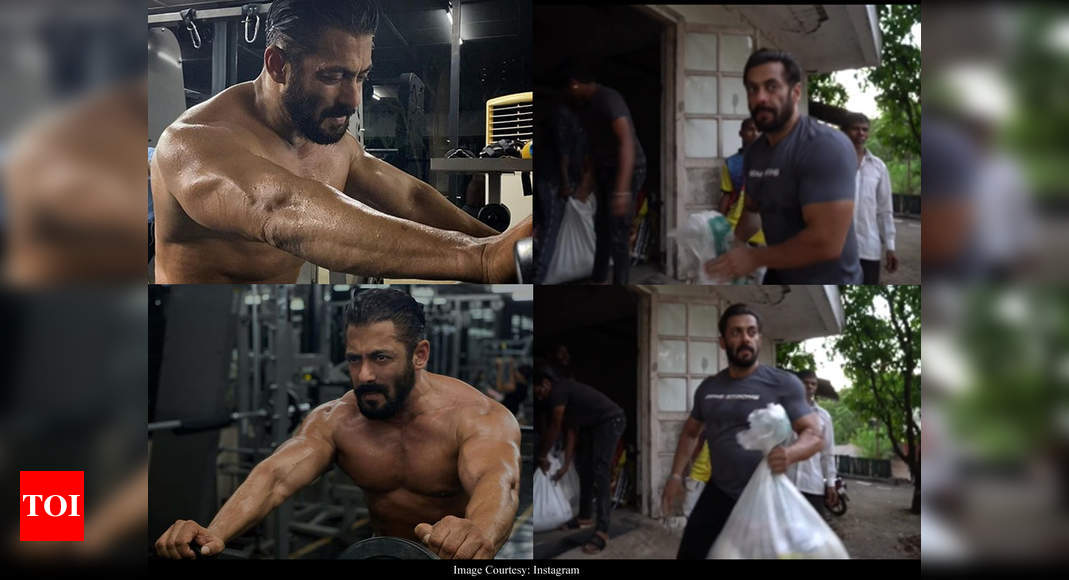 Salman Khan is stationed at his Panvel farmhouse, where he had taken off before the lockdown was announced. The actor has a well-furnished gym there and going by his latest pictures, Salman Khan seems to have undergone an unbelievable transformation. Salman Khan has bulked up massively and looks muscular, while also sporting a well maintained beard. We wonder if this is his new look for ‘Tiger’ sequel, which he is expected to start shooting once he wraps up ‘Radhe: Your Most Wanted Bhai’.
Jacqueline Fernandez has been sharing glimpses of Salman Khan from the gym and it is sure to inspire you to start working out at home. Salman was busy shooting for ‘Radhe: Your Most Wanted Bhai’ when the lockdown was announced. He has been busy prepping for the climax scenes of the Prabhudheva directorial, “Salman Khan is doing his best to keep his weight in check, as after the lockdown ends he will immediately wrap up the climax scenes of ‘Radhe’. He has car chase scenes to be shot and hence is working out full-fledged at the gym at his home. He is also eating right food to supplement his fitness routine,” a source had informed ETimes.
Salman Khan has been enjoying lockdown life with his family – Arpita Khan Sharma, Aayush, Ahil, Ayat, Nirvaan and his close friends – Jacqueline Fernandez, Waluscha De Sousa and Iulia Vantur.